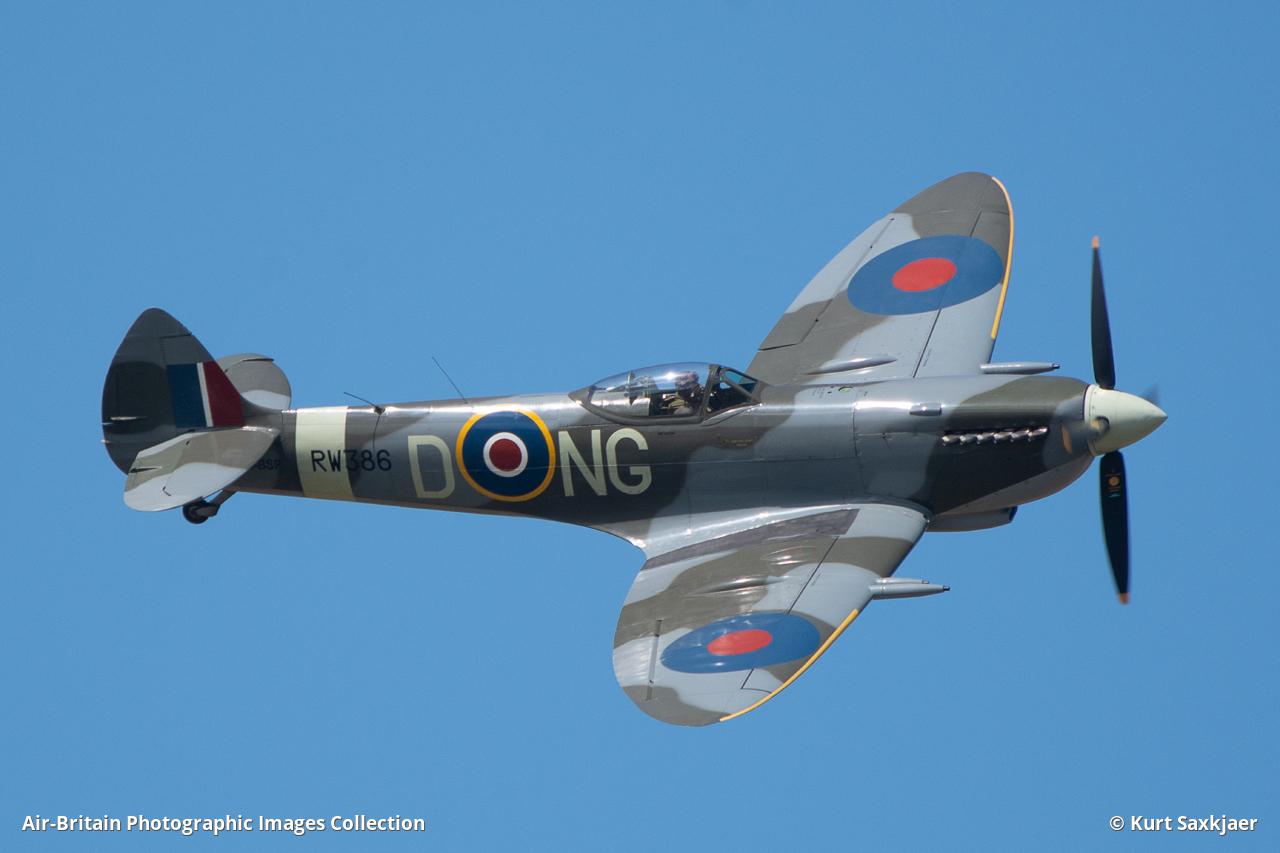 Built at the Vickers Armstrong works at Castle Bromwich in 1945, RW386 was delivered to 6 M.U. Brize Norton on 2 August of that year, too late to see war service. In 1952 RW386 ceased flying and was downgraded to instructional status. In 1982 it was saved from its role as gate guardian by Doug Arnold and intended to be rebuilt to flying condition as G-BXVI. After his death in 1992 RW386 was put in storage partly restored. In 2005 it was bought by Historic Flying Ltd. who finished the restoration March 2007. Sold to Biltema and arrived in Sweden 30 May 2007, SE-BIR. LN-BSP