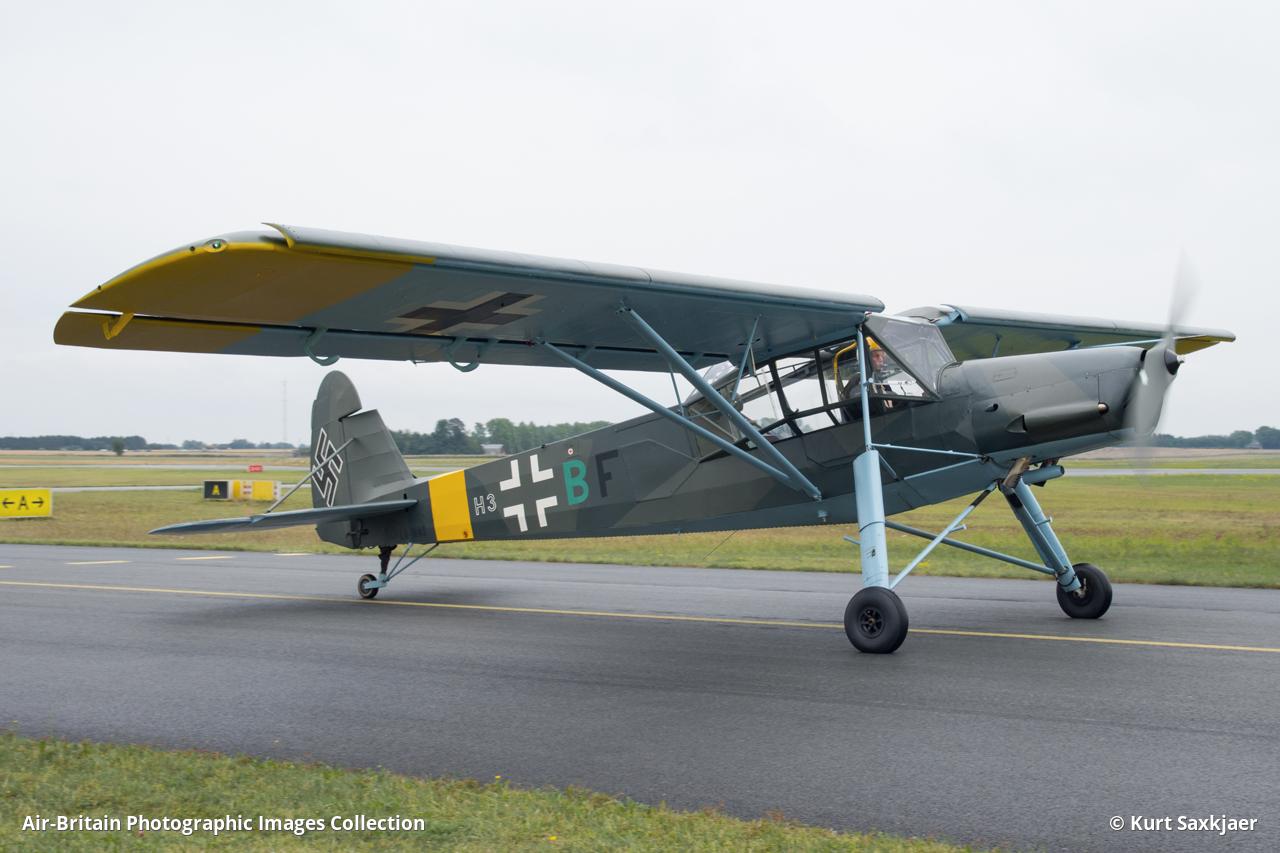 Storch with Werknr. 1816 was one of the last in a series built at the Morane Saulnier Puteaux plant north of Paris. In August 1944, when the city was liberated, the partly completed Storch was left behind by the Germans. Sometime later the French stamped MS 500 S/N 43 on the blank German data plate and set the manufacture date as 23 November 1944. The Storch then flew with the French Forces during the last months of the war. After the war it had a civil carrier as F-BJQB, and in the 1970's it went to USA as N44FS. In 2012 the Storch was put on the Norwegian register as LN-WNS (Warbirds of Norway Storch). The aim has been to restore it to a condition as close as possible to an original Fi 156 C-3.The Storch is given the identity of H3+BF, a Storch belonging to Stab JagdfliegerfÃÂ¼hrer Norwegen (Jagdgeschwader JG-5) based at Forus, Norway in December 1943. The Storch was flown successfully by Tor NÃÂ¸rstegÃÂ¥rd for the first time on 7 October 2017.