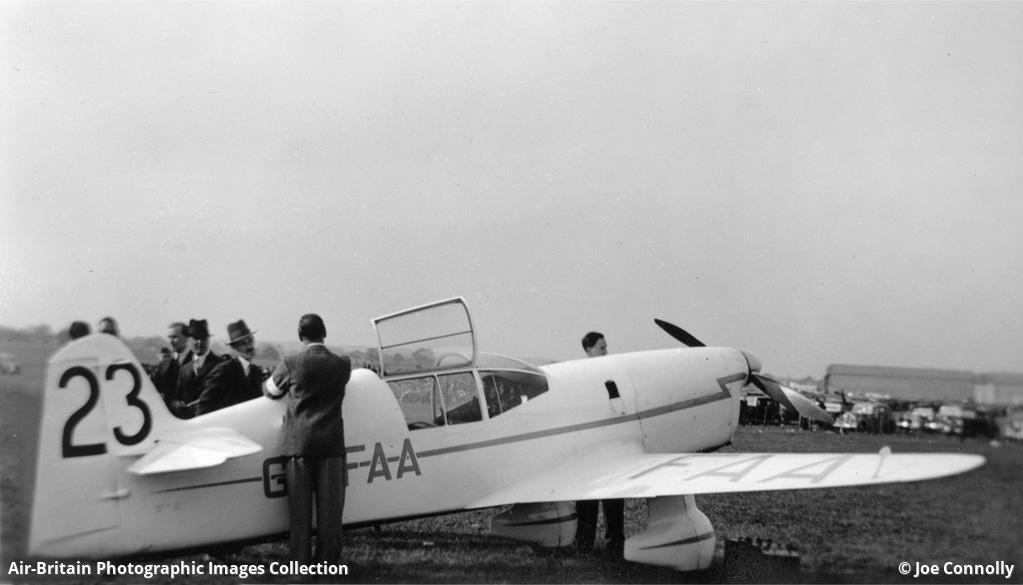 This picture is © Joe Connolly and may not be used or published without permission.

Edgar Percival himself raced this, the fifth and last Mew Gull built by Percival, the sole E3H variant which reportedly differed in many details from the E2H versions according to the Wikipedia page which also dislikes the P.6 designation. It was usually a bad idea to argue with Edgar Percival. It came sixth in the 1938 Hatfield Kings Cup with race number 23 after problems adjusting the propeller pitch before the race. Remains of Mew Gulls G-AFAA and G-ACND burnt on a bonfire post-war at a Percival fete.