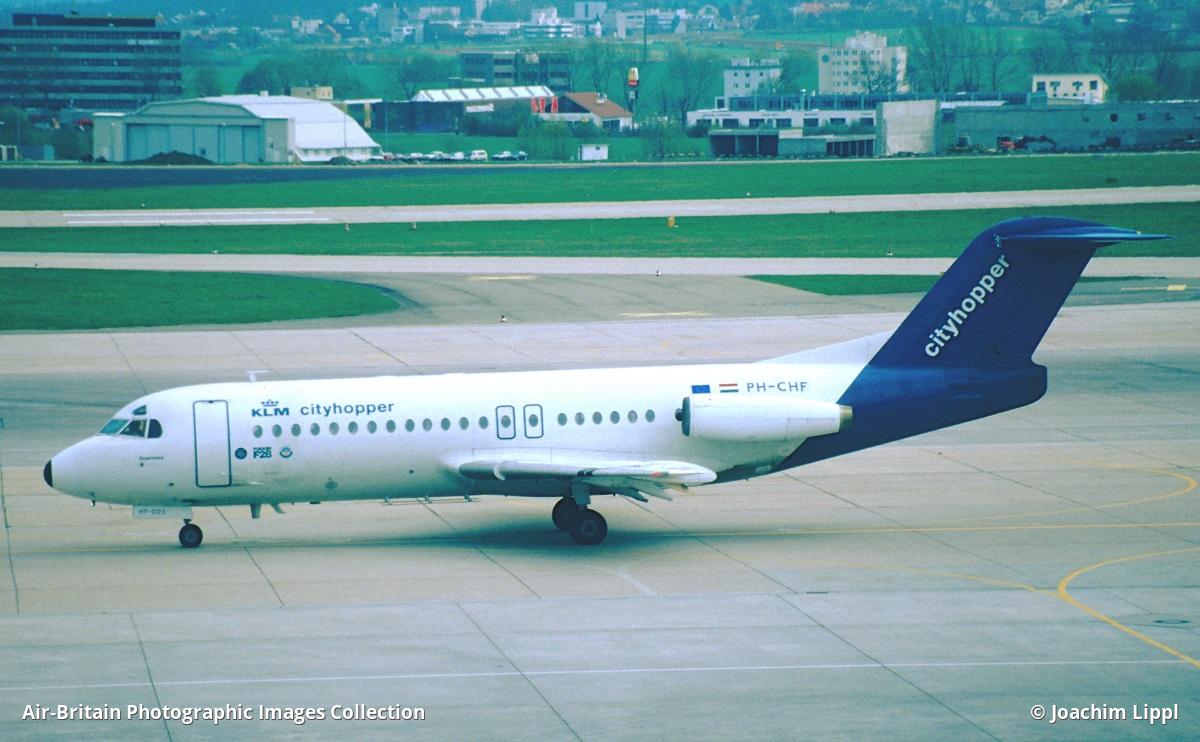 This picture is © Joachim Lippl and may not be used or published without permission.

Manufactured in 1978 by Fokker and rgd. PH-EXN. First flight on 12th July 1978. Delivered on 3rd July 1979 to NLM City Hopper as PH-CHF and named 'Guernsey'. Merged to KLM Cityhopper in August 1990 and operated as such till May 1996. Destined for delivery to Air Ostrava, Czech Republic, but reg. OK-JEN not taken up. Delivered in December 1996 to Merpati Nusantara Airlines, Indonesia, as PK-MSV. Cancelled as exported to Malaysia for operation by Pelangi Airways and rgd. 9M-MSV in 1998. Delivered in March 2000 to Libyan Arab Airlines as 5A-DTH.