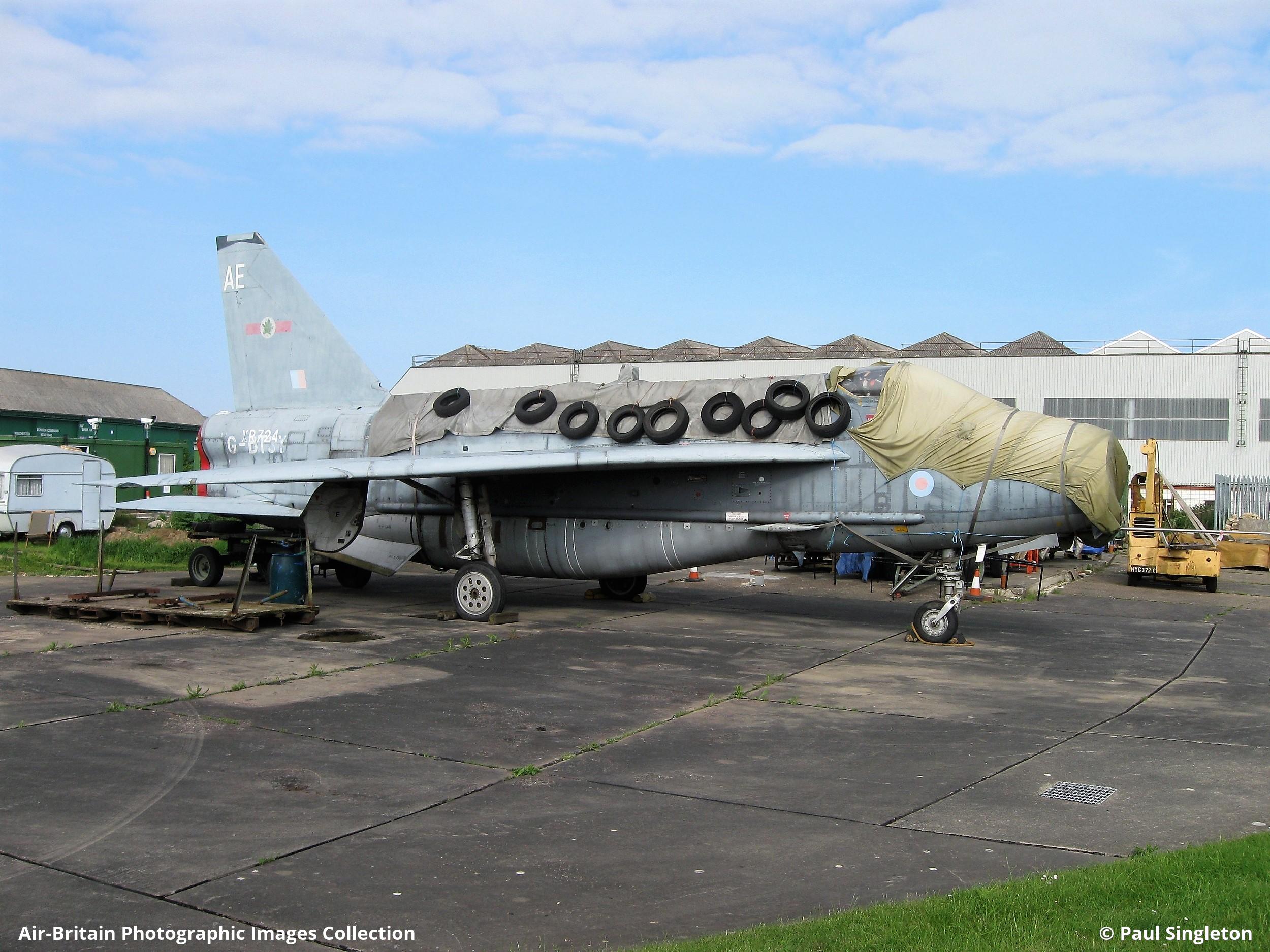 This picture is © Paul Singleton and may not be used or published without permission.

Civil registration G-BTSY is visible from its delivery flight to Binbrook in 1992, de-registered 26-05-92. XR724 was purchased by The Lightning Association in 1991 from the RAF, restored to airworthy status at RAF Shawbury by the LA, however the CAA refused her permission to fly to Binbrook. She was sold to BAE for Â£1 and flown back to Binbrook in 1992 under G-BTSY by BAE. The airframe was then re-sold to the Lightning Association for Â£1. She was originally bought back to Binbrook with the intention of displaying her on the Airshow circuit, alas the CAA refused to grant this.