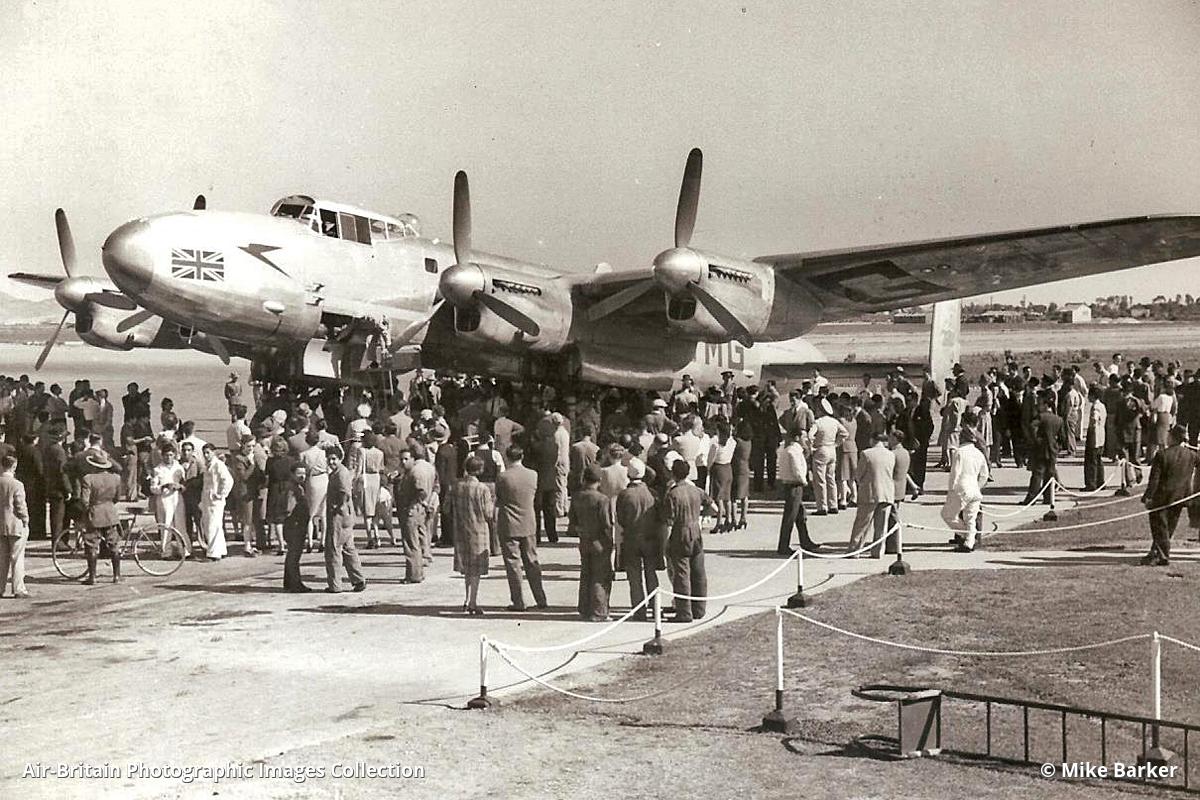 This picture is © Mike Barker collection and may not be used or published without permission.

Photo taken by my mother, who was resident in Lima , and worked at the British Embassy. An extract from Philo Lund Collection website, states - "The honor of making the first survey flight fell to Capt. O.P. Jones, who left Hurn in G-AGMG on October 9, 1945 en route to Buenos Aires and over the Andes to Santiago and Lima." Other photos suggest crew had an Embassy Banquet held in their honour - hence my belief it was this first survey flight. Limatambo was Lima's main airport, and was closed in 1960 as it could not handle jet aircraft, and was surrounded by urban development. The new airport, Jorje Chavez International was built in Callao, some 7 miles from the centre of Lima.