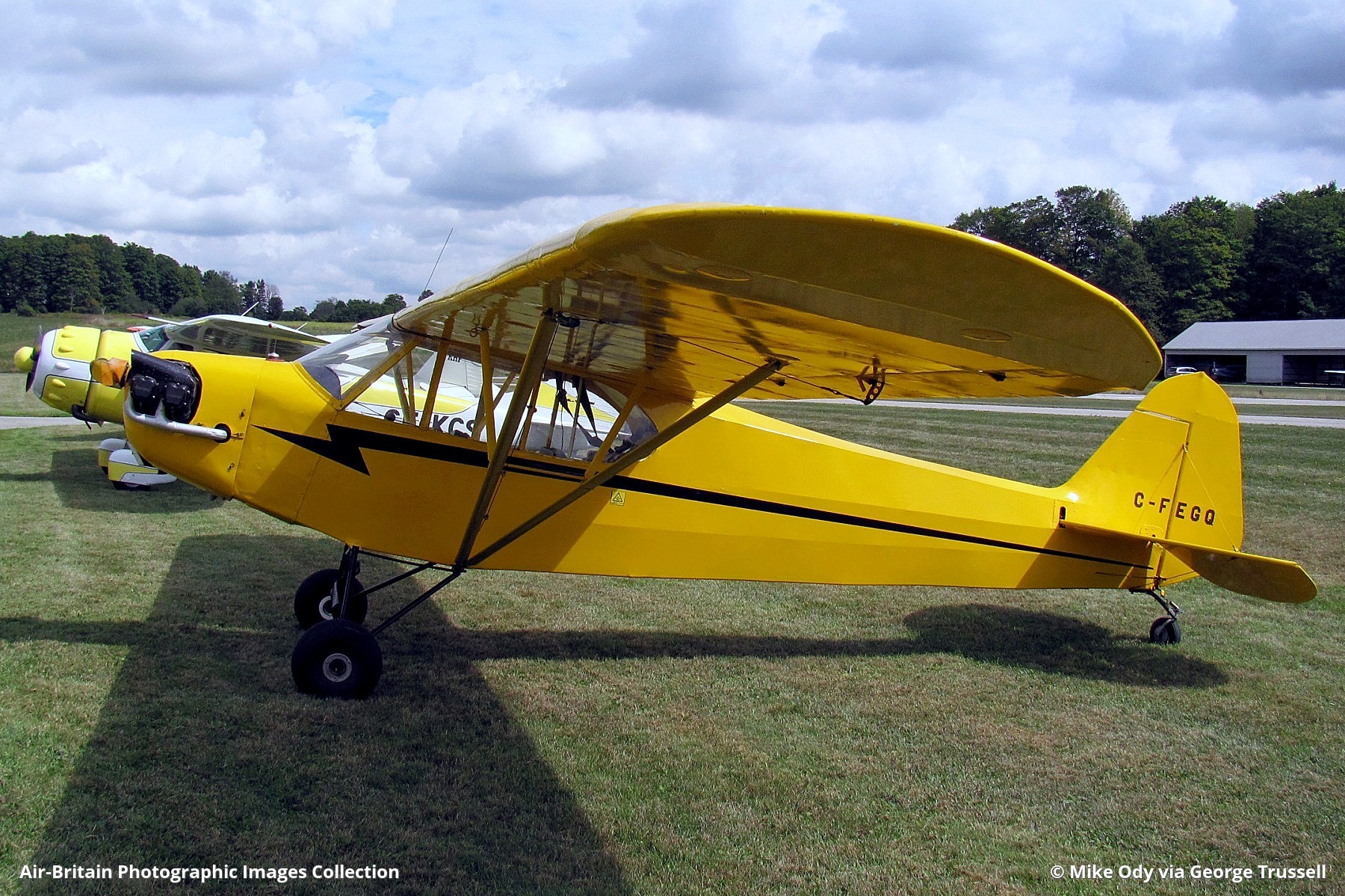 This picture is © Mike Ody via George Trussell and may not be used or published without permission.

Canadian built Cub, in 1947, and still active in 2019 at Dunnville, ON. This aircraft was built using a surplus L4B fuselage, unlike the previous J-3C-65 Cub model. They were never officially called a Piper but used the manufacturer Cub Aircraft Corp. Ltd. in Hamilton, Ontario Canada, although Transport Canada often had them designated as a Piper Cub.