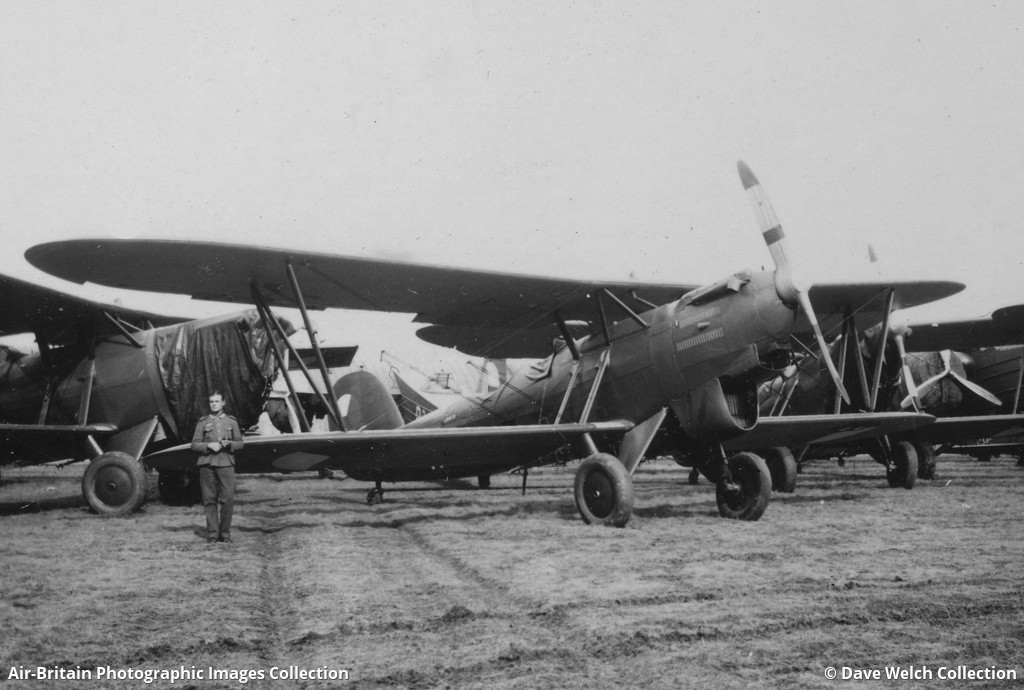 This picture is © Dave Welch Collection and may not be used or published without permission.

Damaged negative found in a boot sale in Kent some years ago. Does the uniform give any clues? Was this taken after the German invasion? From a correspondent - As for the date of capture... I am almost sure that this is taken few days after the German invasion in March 1939. But let me explain. After the invasion all military facilities were subject of intense German attention. All soldiers and officers were immediately disarmed (with occasional resistance despite the orders not to make any trouble). The same followed with aircraft. German officers ordered them to be taken out of hangars, left without any petrol and heavily guarded. They were of course an attractive background for euphoric German soldiers who wanted some trophies, at least in terms of photos. As a result we have many of those and almost all bear the same signs: aircraft in rows or densely cramped outside, many of them having engines and props covered. Latter half of March 1939 was rather snowy with reported snowfall even on the day of invasion, which prevented many pilots from escaping. I guess the man in front has a German uniform, but it cannot be determined surely. The other twin-engine aircraft are license-built Bloch/Aero MB-200. They clearly have no regimental badges combined with code letters, which also determines the date post-Munich crisis, when those colourful badges were to be masked.