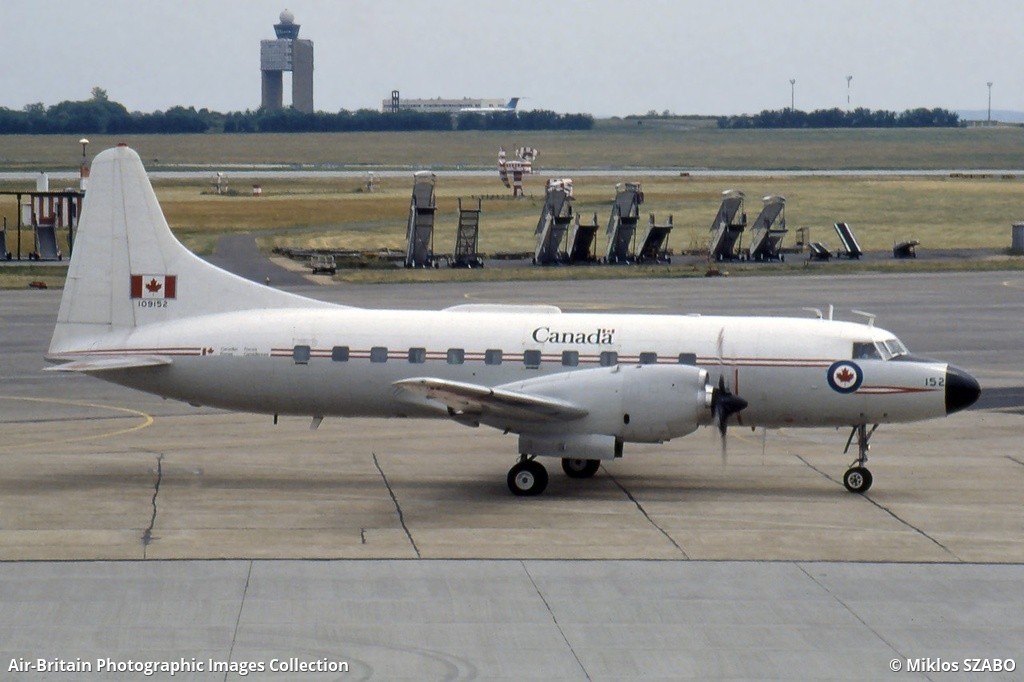 This picture is © Miklos SZABO and may not be used or published without permission.

I unfortunately have very little knowledge about the type and this particular aircraft as well. I heard that only 13 were built, ten of them for the RCAF. I don't even know the year of the roll-out, however reportedly, the sister-ship 109151 was manufactured in 1970. For a while these Canadian built Cosmopolitans were played role in VIP flights with 67 seats configured (unlike the three went for U.S. service with 54 seats). Very rarely this acft could be observed in Budapest, I was very lucky to fuss around in the open terrace of our late Terminal 1 at the time she came. Of course not active any more, last seen with Kelowna Flightcraft in Saskatoon-Kelowna, September 2011 wearing C-GLWF provisional registration. Fate unknown since. Scanned from an old slide.