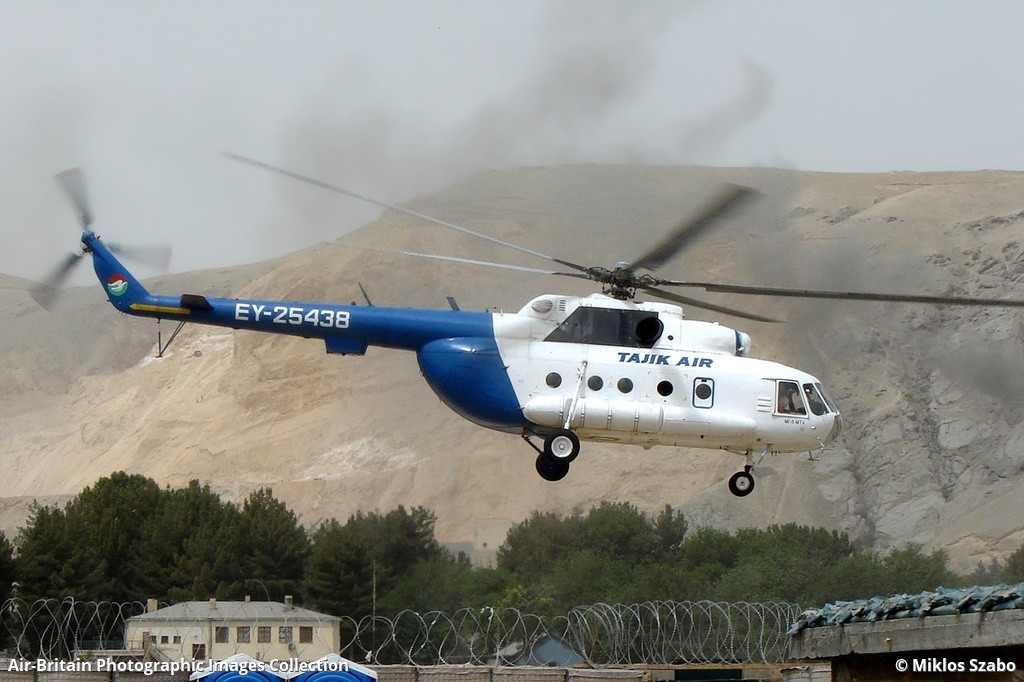 This picture is © Miklos Szabo and may not be used or published without permission.

Tragic moments in Baghlan. The Tajik helicopter lifts off from the improvised helipad at the Hungarian ISAF camp at Pol-e-Khomri, carrying the coffin of the first Hungarian military (EOD) victim of our Afghanistan participation. He was trapped and a secondary device was detonated nearby, killing him while trying to defuse the primary device to save a Baghlan village from an enormous explosion. His replacement was killed the same way two weeks later. This picture is dedicated to all of our fallen comrades, perished in and for this country. First in database with revised, Tajik Air titles.