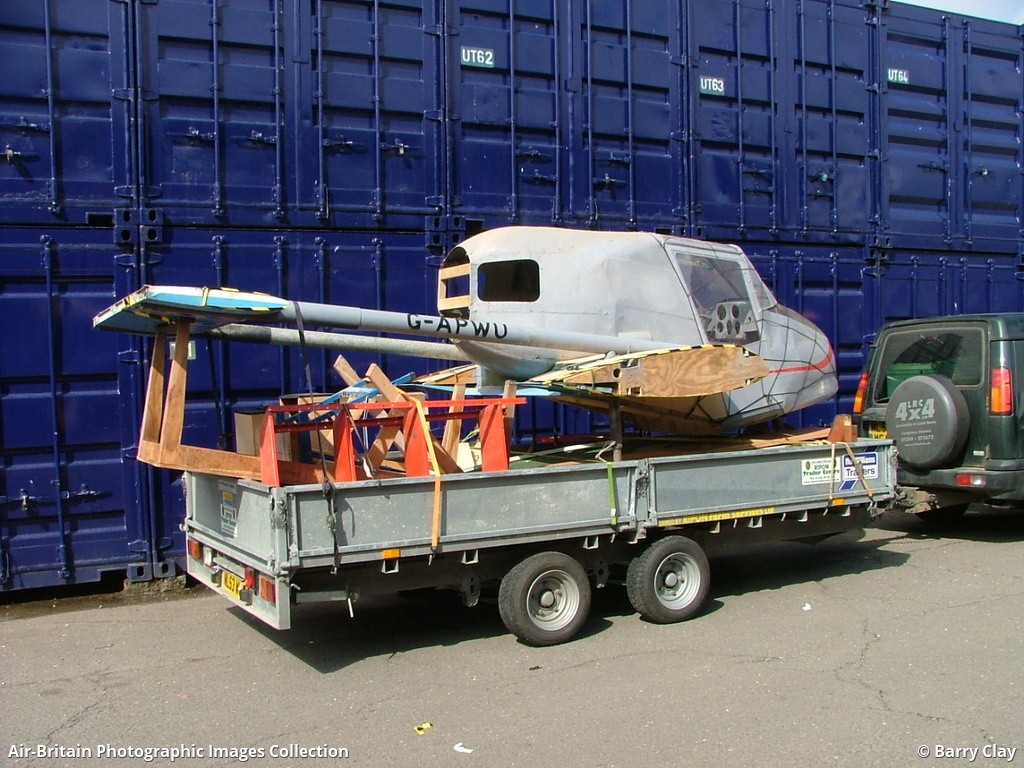 This picture is © Barry Clay and may not be used or published without permission.

Tawney Owl leaving the old Leamington Bishops Tachbrook airfield for the Aircraft Restoration group (Mike Eastman)Dalton airfield in Yorkshire following a three year restoration in the old airfield fire station where it was substantially rebuilt by Barry Clay,the new fuselage (original was last seen in a builders yard in Hereford and vanished when taken to a University for use as a flight simulator)incorporates some parts made for TA1-2 plus all of the original metal fittings which came as a basket case that must have been removed from the lost fuselage, the small wheels are the same as Skeeter helicopter with Thurston patent undercarriage legs,the aircraft had to be moved as dampness was starting to do damage so it was presented to the restoration group for the aircrafts safety,probably the last private venture light aircraft built in the UK along with the Thruxton Paragon although that was only built as a mock up.