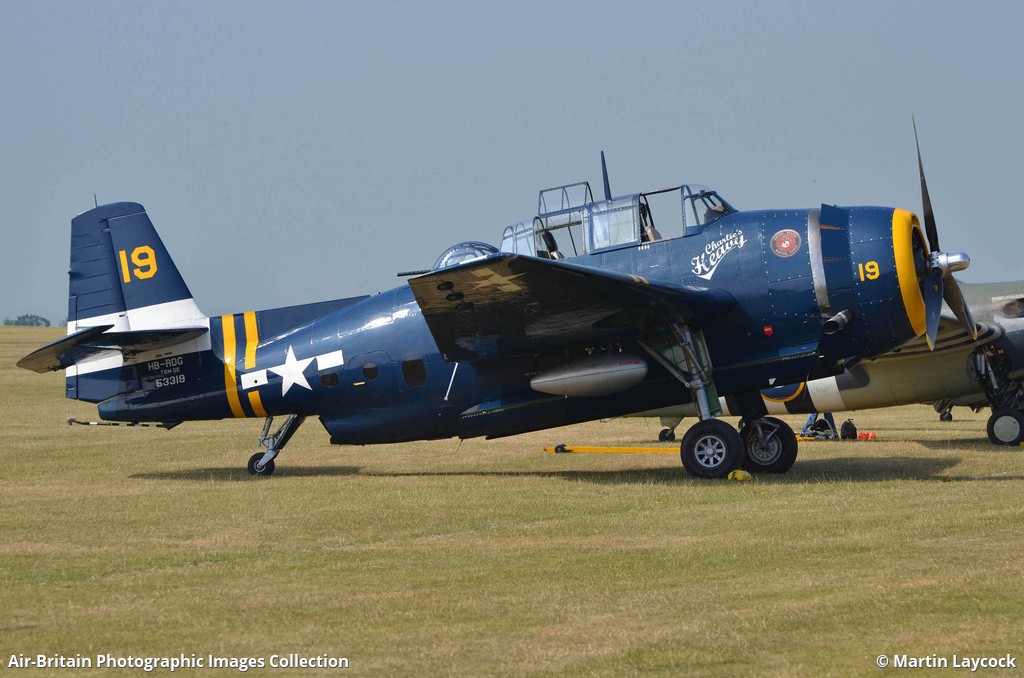 Photographed on the Flying Legends 2013 flight line, this colourful TBM still wears her original Bu. No. that she wore after delivery to the US Navy on the 17th May 1945. She was stored from the 29th September 1954 until being struck off charge in August 1956. She then passed into civilian hands with Nevadair of Tonapah, Nevada sometime in 1958 becoming N3966A. Like others of her type she was intended for fire-bomber conversion but this didn't transpire and she remained stored at Sacramento, California between 1958-1980. During that time she was also owned by a Charlie T. Jenson of Tonapah. Aero Union of Chico, California acquired her in 1980 and she was flown to Chico in 1981 where she was placed into storage, remaining unconverted. She was shipped to the UK in January 1989 becoming G-BTDP for Anthony Haig-Thomas flying for the first time in the UK at Ipswich on the 25th January 1989. She passed to her current owners in 2007. Since her last visit to Duxford she wears this new scheme and has been fitted with an upper gun turret.