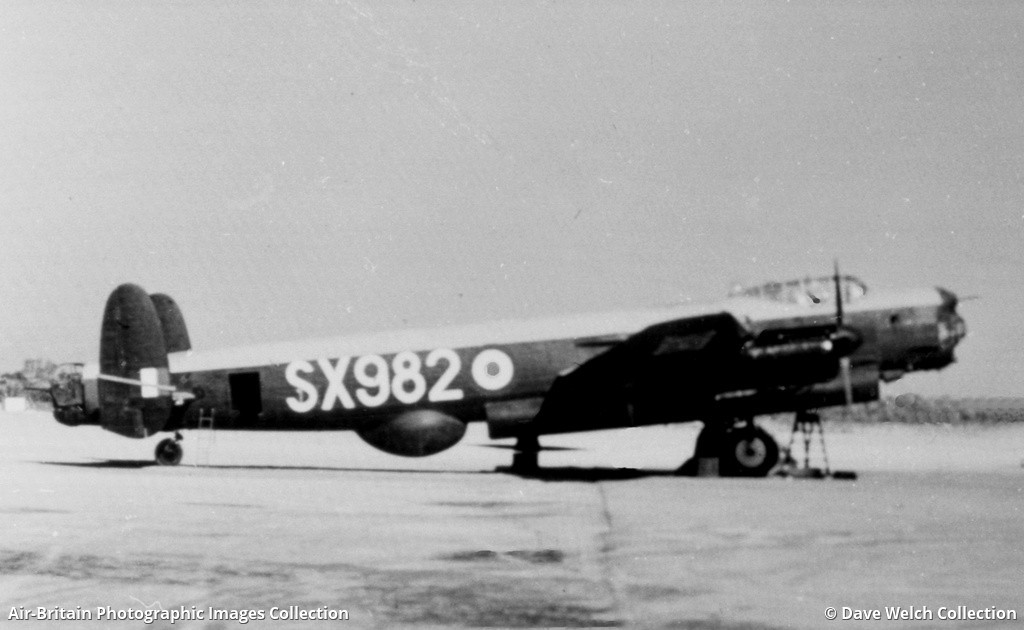 This picture is © Dave Welch Collection and may not be used or published without permission.

Scanned from a negative from the late Charles S Waterfall. Date,location and unit are a guess. There is a published photograph of SX982 in "Lincoln at War", page 79. Authors Mike Garbutt and Brian Goulding, published 1979 by Ian Allan Ltd. The aeroplane is shown taking off from RAF Tengah, Malaya, in 1953 on a strike against communist terrorists as part of Operation Bold. Inconclusively, the final part of the photo caption reads "SX682 was to meet a sad end some three years later when returning from duty in Aden with 1426 Flight".