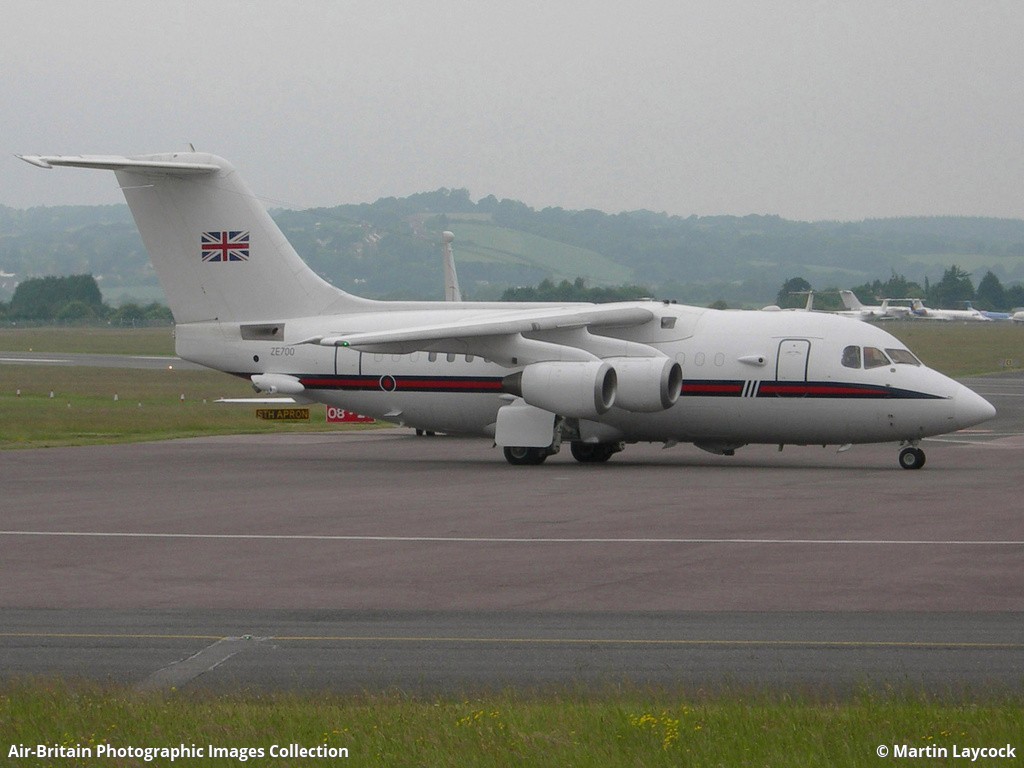 Photographed parked on the South Apron at Exeter Airport, this BAe146 is one of two currently operated by 32(TR) Squadron. Based on the civilian BAe 146-100, and known by BAe as the BAe 146-100 Statesman, three airframes were originally acquired by what was then known as The Queens Flight, the first one entering service in 1986. One airframe (ZE702) was sold as surplus to requirements in 2003. This particular airframe made her first flight on the 23rd November 1984 with the test registration G-5-02 before delivery to the RAF on the 23rd April 1986.