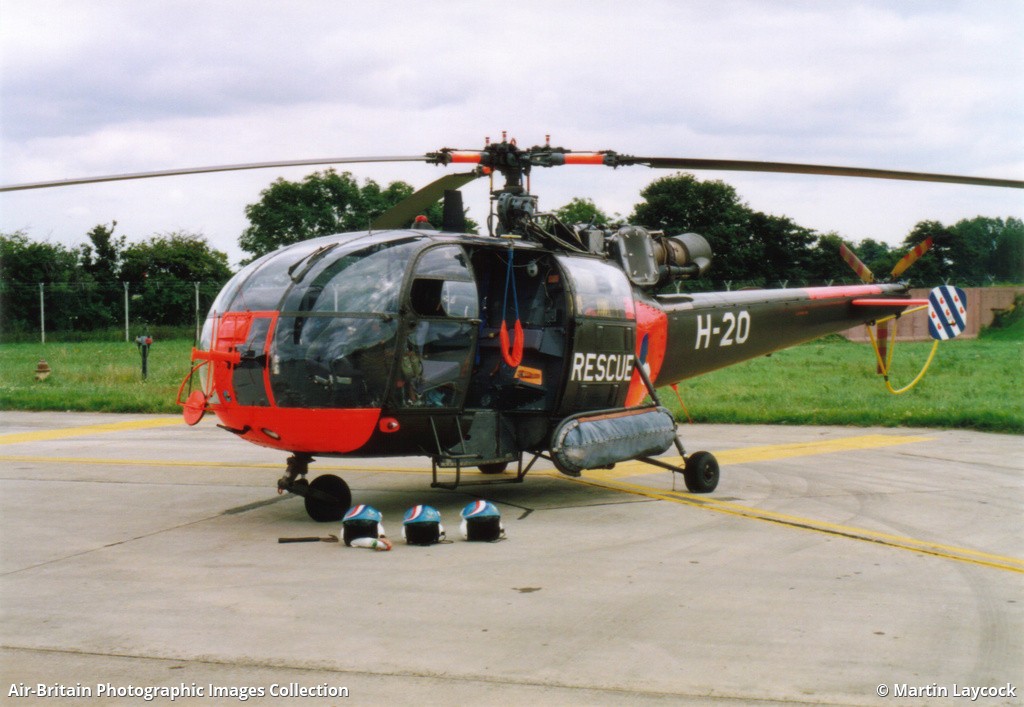 SAR (Search and Rescue) Flight Alouette III proudly displayed at IAT91. Based at Leeuwarden, five Alouette IIIs were procured in addition to the Army's seventy-two examples for use in the SAR role. One was lost in 1971, the remaining four were replaced in 1993/94 by three Agusta Bell AB-412SP helicopters (known locally as 'Tweetys'). This particular helicopter was built in 1966, withdrawn from use in 1993 and is now preserved at the Militair Luchtvaart Museum (Military Aviation Museum) at Soesterberg. Amazingly, four Alouette IIIs remain operational with 300 Squadron, their role is now mainly liaison, VIP transport in particular supporting the Dutch Royal Family and for photographic flights. The helicopters wear a Royal Blue colour scheme and are sometimes referred to as 'Bluebirds' for this reason. They already hold the record for being the longest serving aircraft in the history of the Royal Netherlands Air Force and will be in service at least until 2012, an amazing career eventually spanning fifty years!