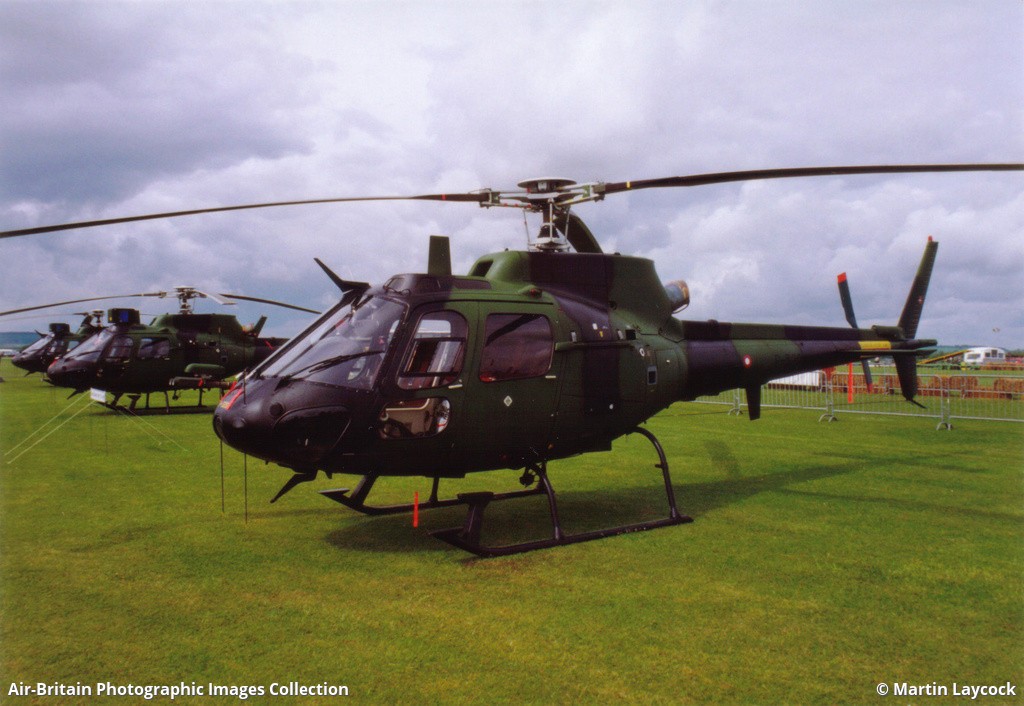 Photographed at Middle Wallop's 1992 Air Show, this Fennec (French for a type of Fox native to the Sahara Desert) was operated at the time by the Haerens Flyvetjenste (Royal Danish Army Air Corps). Used by Denmark in the armed scout and anti-tank role, thirteen helicopters were delivered from 1990 onwards. The Fennec is a military variant of the AS350 Ecureil, it differs from the civilian version in having taller skids, sliding rear doors, attachment points for weapons and self-sealing fuel tanks. The Danish Fennecs are unique in that they are armed with the SAAB/Emerson Electric HeliTOW system, however they can be operated 'clean' as shown here. In 2003 the Fennecs were transferred to the FlyvevÃ¥bnet (Royal Danish Air Force) and are now operated by Eskadrille 724 based at Karup.