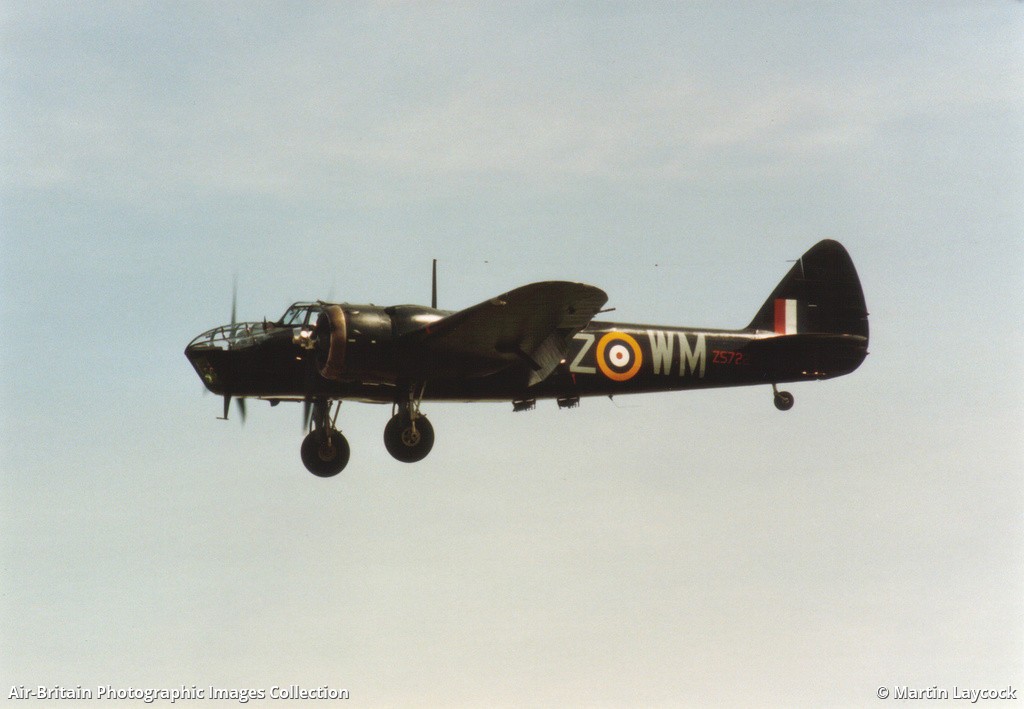 Photographed arriving for IAT93 shortly after her restoration to flying condition. She is wearing an all-black night fighter colour scheme and represents an aircraft from 68 Squadron, RAF. Originally built as a Bristol Fairchild Bolingbroke, a licence built Canadian version of the Bristol Blenheim, she was originally delivered to the Royal Canadian Air Force with the serial 10201. Owned by Graham Warner trading as the British Aerial Museum at Duxford since January 1988 she was completely restored to airworthy condition in 1993, making her first flight on the 18th May. Unfortunately, she was extensively damaged in a wheels-up landing at Duxford on 18 August 2003 but is currently undergoing her second restoration in the expert hands of the Aircraft Restoration Company.