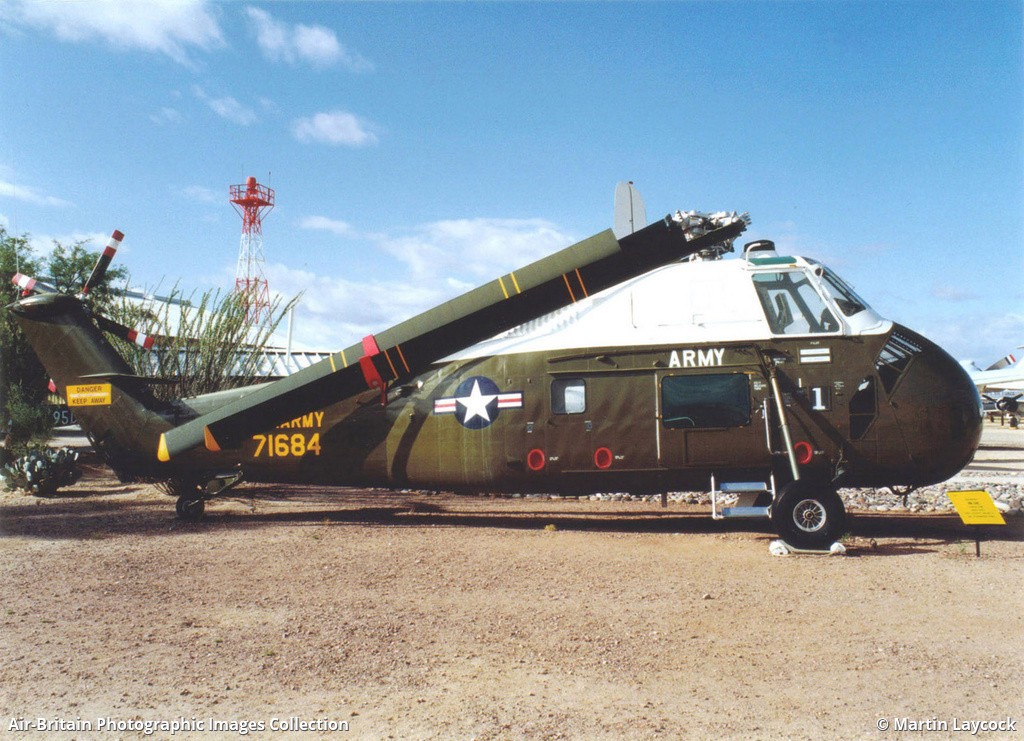 This immaculate looking Choctaw is part of Pima's collection of retired Presidential aircraft. Beginning in 1958 several Choctaws were converted for use as VIP transports by the Executive Flight Detachment whose role was to provide helicopter transportation for the President of the United States of America. They undertook this role until the end of 1964 when all Presidential helicopter operations were transferred to the Marine Corps. The last Choctaw was retired from U.S. military service in 1974. This one is displayed in the markings of the Executive Flight Detachment, based at Fort Belvoir, Virginia circa 1960. She is displayed at Pima courtesy of the National Museum of Naval Aviation, Pensacola, Florida.