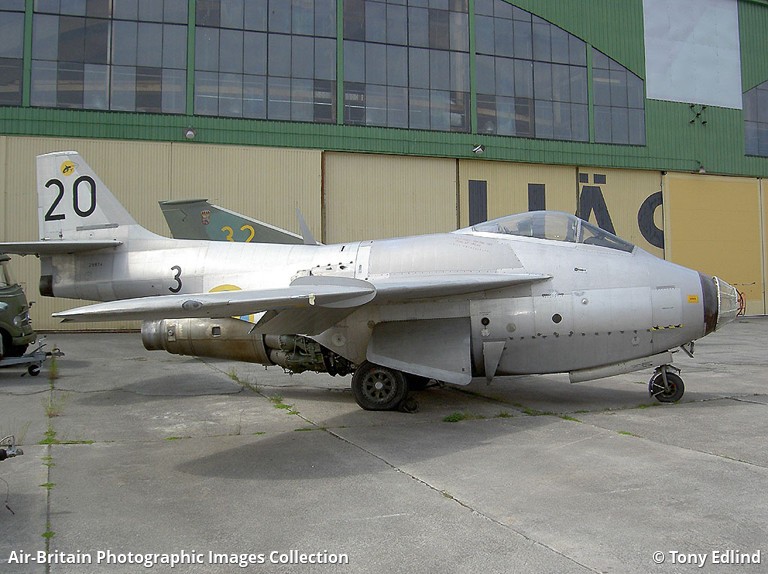 This picture is © Tony Edlind and may not be used or published without permission.

At the VÃ¤sterÃ¥s Flygmuseum. Formerly based at F3 ÃstgÃ¶ta Flygflottilj at Malmen. Second jet fighter produced in Sweden. One of a series of successful Swedish designs. Nicknamed "The Barrel" because of its stubby fuselage. Designed 1946, became first swept-wing fighter used in western Europe. Went into service 1951 and remained in production until 1956. After first A variant, B series went into production 1953 (increased fuel capacity), C (reconnaissance) and E with different wing and engine.