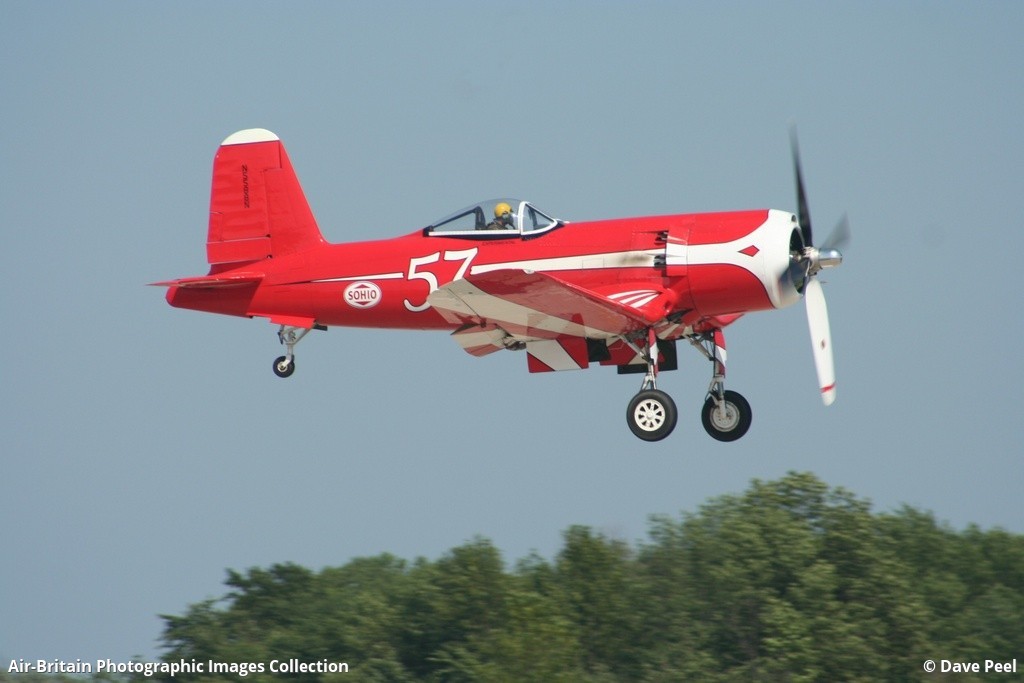 This picture is © Dave Peel and may not be used or published without permission.

Vought designed and built the original F4U Corsair series but other contractors such as Brewster and Goodyear license-built copies for the war effort. "F4U" is the Navy designation for the 4th fighter design from Vought (code=U) whereas the Goodyear Corsairs were FG-1D (4th sub-type=D of the first fighter design=no number at all from Goodyear, code=G) and the later second fighter design from Goodyear, the "Super Corsair" with an R-4360 engine was the F2G which came in two variants, the -1 and the -2 (only 5 of each were ever built.) The Brewster versions of the Corsair were the 3rd fighter design from that company (the not-so-impressive Buffalo was the second, i.e. the F2A) and the Brewster Corsair was the F3A (Brewster = code "A" in the USN designation system prior to 1962.)