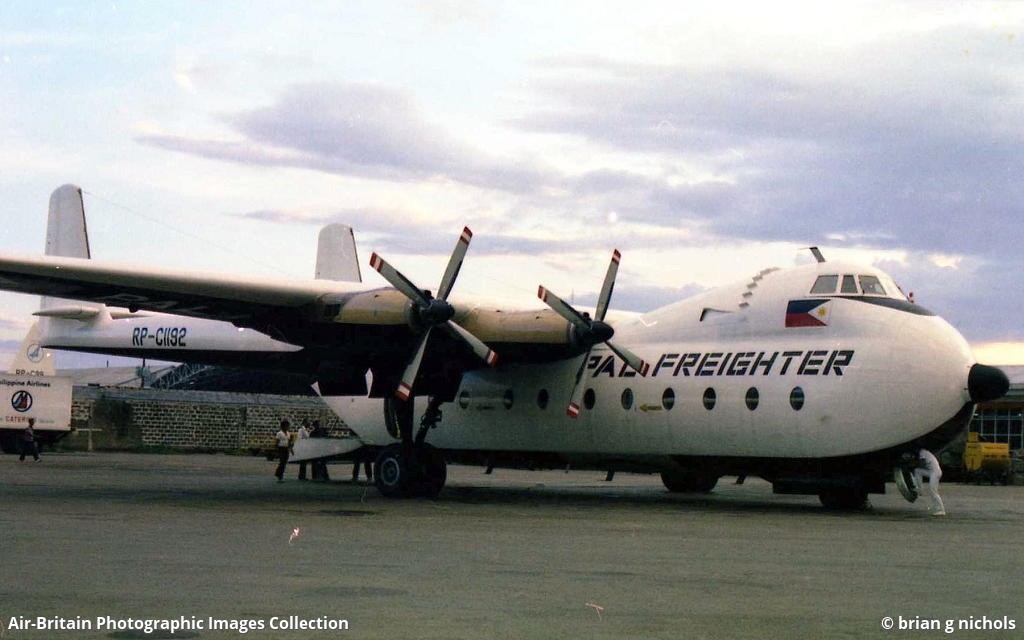 This picture is © brian g nichols and may not be used or published without permission.

ex XP450 70 Squadron RAF. Ferried Bournemouth to Manila August 1975. Routing Hurn - Athens - Damascus (Night Stop) - Bahrain - Karachi (NS)- Nagpur - Calcutta - Bangkok (NS) - Manila. Indian Air Force Nagpur tech stop was down to a fuel problem. No 4 Engine Fire Warning ex-Calcutta over the Bay of Bengal (at night in Monsoon weather) - luckily no fire but rather Graviner fire-wire shorted out (found after landing at Bangkok) - we shut No 4 down anyway and continued on three engines. Landed Manila at night in Typhoon weather with all low-fuel warning lights on (No overflights of Vietnam permitted in the early post war days, so we routed south down the Gulf of Thailand (out of Bangkok) and turned left off Ca Mau and across the South China Sea to Manila, this and stronger headwinds than forecast made this an unduly long flight 8+hours). Later cancelled from the register and derelict by 09 1981.